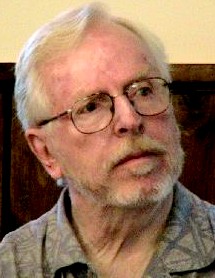 Donald A. Crosby is Professor of Philosophy Emeritus at Colorado State University. We invited him to answer the question “What norms or values define excellent philosophy of religion?” as part of our “Philosophers of Religion on Philosophy of Religion” series.

The first of them is avoidance of reductionism. Philosophy of religion should strive always to do justice to religion as a distinctive mode of thought, inquiry, and practice. It should draw generously on other modes such as science, morality, history, and art for its articulations and expressions, but it is not reducible to any of them. It is also not reducible to philosophy, although it can make good use of philosophy in developing its claims, arguments, and assumptions. The distinctive character of religion should be kept always in the foreground.

The second consideration is avoidance of provincialism. Religion is not identical with theism or with typically Western modes of spirituality and commitment. It has a much broader range, and the philosopher of religion must always have this in mind. The differences among religious outlooks and traditions are often as important as their similarities. This is especially the case in our era of globalization.

The third consideration is the endeavor to keep constantly in mind the complementary roles of logos and pathos in religion. Religion is a way of life, not just a way of thinking and believing. It has active, emotional, volitional, convictional elements, not just intellectual ones, and these elements are often tightly interwoven with the intellectual ones.

The fourth consideration is the endeavor continually to explore and articulate the contemporary relevance of religion to the whole of life and to the world as a whole. This endeavor takes fully into account the fact that relevant and meaningful religion faces to the future, and not to the past. It draws upon resources of the past, and philosophy of religion can help to bring these into view, but these resources are starting points, not stopping points, for the philosopher of religion. The philosopher of religion has an important interpretive task regarding the religious thought of the past, to be sure, but that task is subordinate to the constructive one of showing how religious ideas can relate to the present and future.

The fifth consideration is maintaining the sense of mystery that is so basic to religion, and showing how doctrines and beliefs, no matter how profoundly developed and formulated, can never do final justice to the mystery that surrounds and shrouds all religious ultimates. This consideration means, among other things, that paradoxes, symbols, myths, metaphors, symbols, parables, koans, stories, and rites have a crucial role to play in religion, and that these roles need to be kept constantly in view by the philosopher of religion as they relate to discursive doctrines, beliefs, and arguments.

My sixth consideration is that the philosopher of religion should always have a pluralistic mindset toward religious differences. The sense of mystery so integral to religion should guard against any tendency to absolutism or exclusivism. Religious ultimates, whatever else they may be, are girdled about with mystery. And this means that there is ample room for different facetings of this holy mystery in the form of different beliefs, practices, and systems of thought. The pluralistic mindset I advocate means that philosophy of religion must always be dialectical in its approaches to religious phenomena. It should avoid any suggestion of close-minded diatribe. This sixth consideration ties in closely with the second one of the avoidance of provincialism or narrow conceptions of religion that fail to give due recognition to its rich and complex history—both between and within particular religious traditions—and its multiple forms of manifestation.

Philosophy of religion has the potential to be of significant help to persons struggling with religious questions and quandaries in their lives. Philosophers of religion should do their work with this idea in mind and not allow the discipline as a whole to become so arcane and specialized that it is of interest only to philosophers or can be understood only by them. It can have an important public role to play, and the above considerations can be of great use in filling this role.