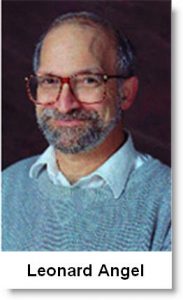 Leonard Angel is Instructor Emeritus at Douglas College, Department of Philosophy and Humanities. We invited him to answer the question “What does philosophy of religion offer to the modern university?” as part of our “Philosophers of Religion on Philosophy of Religion” series.

Physical closure means, the non-breaking of physics’ formulas’ outcomes. Therefore, physical closure should be consistent with spirituality. What follows says a lot: “somehow conceived” (in the second paragraph) is clear enough.

The consistency between physical closure, on the one side, and spirituality, on the other, is related to how people behave in the world. While recognizing that physical closure exists, people don’t go trumpeting the news to others. They’re quiet about it. They trust that physical closure obtains, and that others will accept it at their own pace. While recognizing that science is, shall we say, strong, they don’t go about trumpeting the news. They trust in the strength of science. They let others accept science’s strength, at their own pace.

What philosophy of religion brings to universities is what the large majority of philosophical analysts already know, that physical closure, in the world, obtains. That leaves room for spirituality to be compositional and freely available. Anyone can find it. That allows members of the large majority of philosophical analysts to pursue spirituality. That’s something that everyone wants.

There was a lot about philosophers in the preceding material. But why focus on philosophy?

But philosophy can regain what it has lost.

Universal acceptance of physical closure would do it. Physical closure, as we’ve seen, implies physicalism. And physicalism makes the world’s basics physical particles. That’s how the current paradigm shifts: now, the world is philosophical, and (many don’t realize this) disputatious; but, in the future, the world will have become, in its basics, non-disputatious.

Sciences are important: scientists tend to be interviewed before philosophers. But sciences make the world, in its basics, less disputatious than it used to be. Physical closure or completeness relates the sciences to each other. The sciences have a hierarchy, and math-physics is at the bottom. No one knows what’s at the top.

Physics was mathematized some time in the 1600s, due to Galileo and Isaac Newton. Chemistry was physicalized by about 1930. Paul Dirac and Linus Pauling can be credited with this. Paul Dirac announced that nothing in chemistry broke what was a physical law, in 1929, and Linus Pauling, wrote a text about this in the early 1930s. Biology was physio-chemicalized by 1965, due to the discovery of the ordinary but complex chemistry underlying DNA, in 1953 by Francis Crick, and James Watson, and many other discoveries. And the human & social sciences – including history, political science, psychology, sociology, anthropology – were biologized.  But this is implicit, rather than explicit. It could be after Charles Darwin published The Origin of Species in 1859, but in the 1800s; it could be in the 1900s as Philip Lieberman thought, thinking about a seemingly different topic, human language acquisition; it could be in the 2000s, as Steven Pinker thought about human language acquisition; it could be in the future, having not happened yet. Whether it has happened or not depends on one’s views on human language acquisition, the apparently different topic.

Perhaps spirituality, too, will pick up something from the development of physical closure. This would be the close relationship of the sciences. Spirituality may become less disputatious than it has been. That, too, would be good.