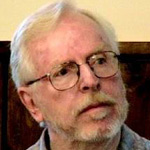 Donald Crosby is Professor of Philosophy Emeritus at Colorado State University. We invited him to answer the question “What does philosophy of religion offer to the modern university?” as part of our “Philosophers of Religion on Philosophy of Religion” series.

The term university connotes to me the idea of universality, meaning that the university has by its very nature an intense concern with what is universal or all-encompassing. It exists, that is to say, for the sake of what Aristotle called nous, theoria, or sophia: contemplative, reflective knowledge, vision, and wisdom. It also concerns itself with techné and phronēsis or practical skill and discernment, but always in the context of an encompassing and deeply informed inquiry into the many aspects of the world and of the appropriate place of human beings in the world. Its concern is not just with “how” but “why,” not just with getting things done but with what things ought or ought not to be done and why.

Among the university’s many important concerns is the role of religious questions, commitments, and institutions in the history of human civilizations and in the lives of individual human beings. This concern is partly addressed by fields of investigation such as religious studies and the history of religions, history in general, evolutionary biology, anthropology, sociology, and psychology. But these fields are primarily devoted to descriptive and causally explanatory accounts of the role of religion in human life. They may sometimes veer into normative evaluations of religion in general or of particular religious systems, ideas, or claims, but that is not their usual or principal function.

Should the normative task be left to confessional or apologetic spokespersons for particular religious traditions? I do not believe that these have a legitimate role in secular universities if their task is conceived as one of proselytizing on behalf of a particular religious point of without due consideration of other possible points of view. However, in light of the prominent place of religious institutions and religious persons in the history of human civilizations and cultures, a place that continues to this day, it is essential that some part of the university devote itself to thoughtful, critical, and fair-minded analysis of religious claims and counter-claims, of religious modes of symbolization and expression, of religious practices—both individual and social—and of religious questions and proposed answers to these questions that have haunted and beguiled humankind from its earliest days to the present.

These questions and answers are existential ones about how to live and what to commit one’s life to, how to envision one’s ultimate responsibilities and those of other humans in the world, and how to cope with the threats, uncertainties, sufferings, and seductions to evil in the world. The young who enter the university are often burdened with issues such as these and are in need of guidance on how to approach them and deal honestly, constructively, and creatively with them. Philosophy of religion can provide important kinds of assistance and insight in these respects. For that reason alone it should be recognized as an indispensable part of the university’s curriculum.

My basic contention concerning the place of philosophy of religion in the curriculum of the university turns on the observation that religion has always been an important part of human history, human institutions, and individual human outlooks and practices, and that it is so today. Religion has admittedly sometimes been a force for evil as well as good in human history, but so have politics, economics, science, and technology. Great powers and achievements can be used for evil as well as for good. But religious questions and concerns are fundamental, far-reaching, and in the last analysis inescapable. They remain so in the perennial and ongoing human search for deep-lying orientation, obligation, and meaning. If universities are to be truly universal in the sense of addressing all of the basic areas of human consideration, thought, and practice, they should by no means neglect or minimize the philosophical study of religion and philosophical assessment of religious claims and ways of life.

Such study should give a prominent role to analysis and investigation of the truth or falsity of religious claims in particular religious systems, of how these claims relate to one another in the logic of each system, of how they connect with its symbolic expressions and practices of each system, and of how these elements compare with the claims, symbols, and practices of different religious systems. Philosophy of religion does not just offer neutral descriptions or portrayals of the claims, systems, and practices of various religions, nor does it typically seek for causal explanations of why they have persisted as intricate aspects of human life and experience—important as the latter two endeavors undeniably are. But these two endeavors can contribute to the work of philosophy of religion by providing descriptive phenomena and explanatory proposals for it to ponder.

Philosophy of religion richly deserves a seat at the table of the university’s offerings. Its contribution to the university is much more than a disposable luxury or optional add-on to an otherwise adequate university curriculum. Leaving it out of the curriculum would be analogous to failing to introduce a critical component in the preparation of a meal based on a favorite recipe. What would eggplant parmesan be without the bread crumbs or cheese? Philosophy of religion is a necessity in a university deserving of its name, and it is no less so than the currently touted and certainly important areas of science, technology, engineering, and mathematics. The university’s concern, properly conceived, is with the whole of life, and philosophy of religion makes an essential contribution to the character and range of this concern.